What Do Singaporeans Eat For Breakfast? 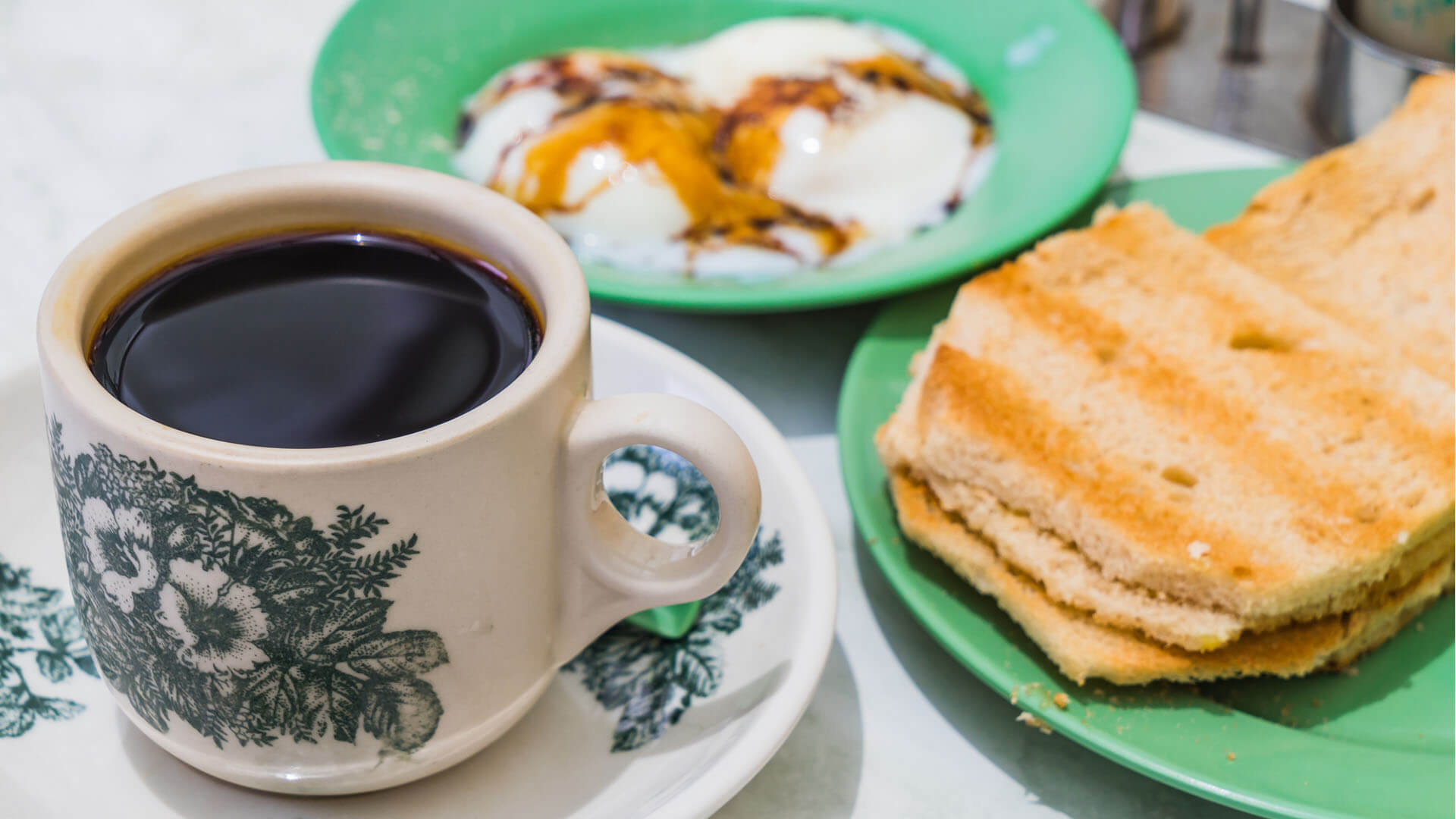 Singapore has a huge variety of breakfast meals, so what do Singaporeans eat for breakfast? If you’re up for some fried rice, noodles, or rice cakes, chances are you can find them all in almost any breakfast joint in the Lion City. However, if you truly want the ultimate Singapore breakfast experience, then you must try kaya spread—a lusciously smooth coconut spread popularised by traditional kopitiams across Singapura.

We listed down some breakfast meals you should try, placing much importance on the aforementioned spread local to Singapore. Many of these breakfast dishes can be found in the best brunch cafes in Singapore too!

What Do Singaporeans Eat For Breakfast?

Considered the national breakfast of Singapore, you can find this famous toast in all of the best kopitiams. Kaya spread or jam is a sweet curd created with caramelised sugar, coconut, and eggs and infused with pandan, a brilliant green leaf with a subtle nutty flavour. It might remind you of a dulce de leche.

Kaya spread is traditionally served on toast with a slice of butter or margarine on top. These toasts are then usually served with watery soft-boiled eggs and the traditional kopi.

This spread makes up the best breakfast experience in Singapore.

Whether you’re looking for traditional or classic breakfast, in Singapore both mean munching on anything with kaya spread.

Corn starch, spices, meat, fish, and eggs are used to make the thick gravy. Ngo hiang, fish cake, fish, round and flat meat dumplings (typically chicken or pig), half a boiled egg, and other items are typically added to the noodles, depending on the stall and the amount paid. Optional ingredients include vinegar and garlic. Red chilli can be served alongside Lor Mee. Traditional versions feature fried fish chunks as a topping, though this is not as popular nowadays.

This hot soup dish is perfect for the cold seasons and is well-loved in Singapore.

A popular breakfast item in Singapore, Chwee Kueh is a steamed rice cake served with preserved radish that originated in Teochew cuisine. These little white cakes will surprise you as it is also served with a slightly spicy chilli sauce on top.

They’re the ideal way to kick off a day of hotter, saltier, and generally extreme noodle slurping and crab claw-cracking in Singapore. Because the cakes are very mildly salted, the rice’s sweetness shines through.

Roti prata is a popular Indian flatbread dish in Southeast Asia, particularly Brunei, Indonesia, Malaysia, Singapore, and Thailand. It’s typically served with dal or other forms of curry, but it can also be made in a variety of sweet or savoury flavours with a variety of components including beef, egg, or cheese.

Roti canai is created with dough that is typically made out of fat (usually ghee), flour, and water, with the addition of sweetened condensed milk in some variations. Before proving, the dough is kneaded, flattened, greased, and folded several times to create layers. The dough ball is then flattened, thinned (typically by “tossing” it on a smooth surface), and gathered into a lengthy rope-like mass. When cooked, this “rope” is coiled into a loop or spirals and flattened, resulting in thin dough flakes.

The best accompaniment for kaya toast, soft-cooked eggs are a staple of Singaporean breakfast. These eggs are cooked as runny and as soft as possible. They’re mostly eaten topped with dark soy sauce and white pepper found on Kopitiam tables.

Found in hawker stands, Singapore’s carrot cake or fried radish cake is not the typical cake you can buy by the slice from your local Starbucks.

Carrot cake is a popular Teochew dish in Chaoshan, China. It consists of stir-fried cubes of radish cake and is popular in Indonesia, Singapore, Malaysia, Thailand, Taiwan, and Vietnam.

Chai tow kway can be replaced with taro or rice flour-based alternatives.

The name is definitely misleading but it is a wonderful experience, nonetheless.

Basically a stir-fried noodle, it is an Indonesian breakfast dish popular in Singapore. Potato, tofu, and little bits of greens can all be found in Mee Goreng, which is served in a sweet sauce with curry spices and, more often than not, ketchup (or some other tomato product). It’s a moderate meal with crisp noodle edges, soft starch, and a tempered sweetness that’s heightened by the wok’s heat.

This is also a fantastic late-night snack.

It is made of flat egg noodles tossed in savoury, sour and umami sauce and topped with fish balls, fish cakes and minced pork. Fishball mee pok is usually served with a soup on the side.

Sold in almost all hawker centres, this flavorful soup is made using rice that has been cooked until it is entirely dissolved, mushy, and creamy (a slight amount of texture remains).

Rice porridge is mild when served simple, a wonderful contrast to the strong flavours of many of the items here. Sliced fish, sliced pork, century egg, and even frog are common “add-ins.” People eat large bowls of it for breakfast, lunch, dinner, and everything in between.

Nasi lemak is a Malay dish made of aromatic rice cooked with coconut milk and pandan leaf. It is widely available in Malaysia, where it is regarded as the national dish. It is also the national dish of Singapore, Brunei, and Southern Thailand, which have considerable Malay populations. It can be found across Sumatra, particularly in the Malay regions of Riau, Riau Islands, and Medan. Nasi lemak is also cooked by Filipino Moros in the Bangsamoro region of Mindanao, as well as Australia’s external territories of Christmas Island and the Cocos (Keeling) Islands. It is considered a necessary component of a traditional Malay breakfast.

When compared to other nasi lemak variations, the sambal in most Singaporean Malay variations is sweeter and less spicy. Because the sambal is such an important part of the nasi lemak, it’s best to keep it mild so it doesn’t overshadow the coconut rice and other ingredients. This dish comes with ikan bilis (anchovies), peanuts, and an omelette or fried egg, which is identical to the Malaysian version, however, the use of a boiled egg is less usual. A variation made with long grain basmati rice is occasionally available.

The Singaporean Chinese version has the characteristic aroma of pandan leaves and comes with a variety of sides such as deep-fried drumsticks, chicken franks, fish cake, curried veggies, and tongsan luncheon meat.

Singapore is a centre of culture in Asia, inspired by Asian and European cultures, mainly by Malay, South Asian, East Asian and Eurasian influences. Because of this, its cuisine is also a reflection of this richness. No wonder you can find dishes from Indonesia and Malaysia on this list.

Do you have a favourite Singaporean breakfast dish?

Annie Goh was born and raised in Singapore, and grew up on a steady diet of hawker food, fine dining, and everything in between thanks to her parent's passion for food and adventure. After spending the early part of her career travelling the world, Annie how now come home to share her love of Singapore with the world. 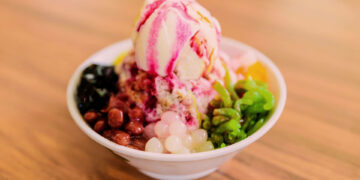 Where Can I Buy Desserts In Singapore?

Singapore is known for being a city-state that is richly diverse, known for mixing up its culture and food.  It’s not just a country that's ... 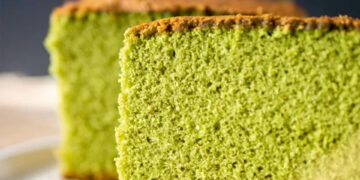 The 7 Best Matcha Cakes in Singapore

Just like lunchbox cakes, matcha has popped up almost everywhere in recent years. It used to be found exclusively in tea shops but now you ...